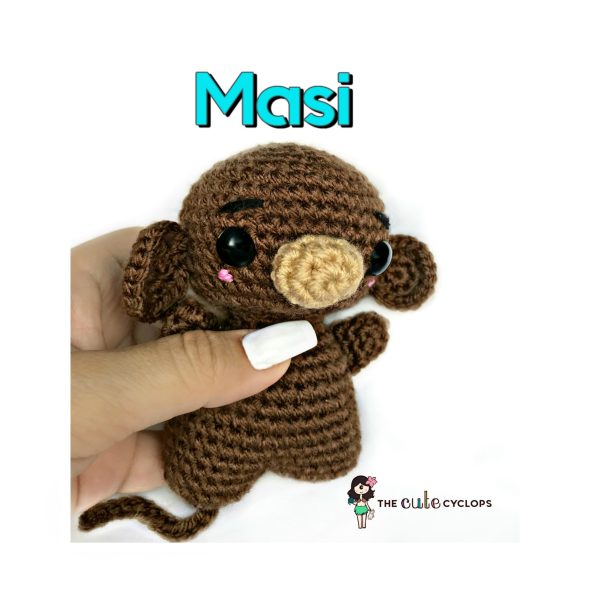 Monkeys are one of the funniest animals in nature. They are full of curiosity and adventure, mischief and intelligence. Monkeys are sneaky, have feelings just like humans (Love, Fear, Compassion, Hate). They nurse and help each other when wounded. Monkeys have been discovered to lie amongst each other. While hunting for food, the leader sometimes finds a treat like an egg. If he wants that egg for himself without sharing with the others, he will yell “TIGER!”. And while his group of hunters retreat into the trees, he has lots of time to kick back and eat the egg all for himself

Masi the monkey is an amigurumi version of this hilarious animal, and she gets her name after a wonderful 2 year old girl who couldn’t pronounce her sister’s name and she called her Masi instead

Thank you for sharing:

There are no reviews yet.

Be the first to review “Masi the Monkey” Cancel reply